WND's boss got audited, too! 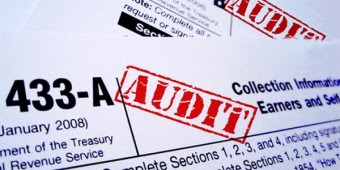 I have some experience with politically motivated tax audits.

I also have some experience with the tea-party movement.

I wrote the “Tea Party Manifesto,”which I am making available for a limited time for 99 cents because it is more relevant than ever. I was a headline speaker, along with Sarah Palin, at the first national tea-party convention, and you can see what I said there that I knew – and predicted – would lead to politically motivated audits of my tax returns.

I predicted this would happen in a column in March 2010.

I wrote about it when it came to pass in November 2011.

I don’t claim the gift of prophecy.

I just know the nature of people like Barack Obama and those he places in positions of authority. I know this because I was just like him. I even had some of the same friends and acquaintances as a misguided youth – people like Bill Ayers and Bernardine Dohrn.

But my experience with politically motivated tax audits goes back long before the Obama administration.

I was a prominent target of Bill Clinton’s reign of Internal Revenue Service hell on individuals and tax-exempt organizations. And I was the guy who broke the story about it – long before there was a WND. Back then, I had to get the help of the Wall Street Journal, which, to its credit, gave me commentary space to lay out the whole story and turned the sordid tale into an 11-part series of editorials.