3 NSA veterans speak out on whistle-blower: We told you so 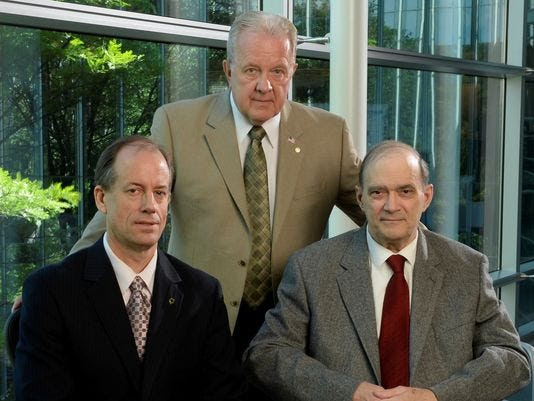 In a roundtable discussion, a trio of former National Security Agency whistle-blowers tell USA TODAY that Edward Snowden succeeded where they failed.

When a National Security Agency contractor revealed top-secret details this month on the government's collection of Americans' phone and Internet records, one select group of intelligence veterans breathed a sigh of relief.

Thomas Drake, William Binney and J. Kirk Wiebe belong to a select fraternity: the NSA officials who paved the way.

For years, the three whistle-blowers had told anyone who would listen that the NSA collects huge swaths of communications data from U.S. citizens. They had spent decades in the top ranks of the agency, designing and managing the very data-collection systems they say have been turned against Americans. When they became convinced that fundamental constitutional rights were being violated, they complained first to their superiors, then to federal investigators, congressional oversight committees and, finally, to the news media.

To the intelligence community, the trio are villains who compromised what the government classifies as some of its most secret, crucial and successful initiatives. They have been investigated as criminals and forced to give up careers, reputations and friendships built over a lifetime.

They say the documents leaked by Edward Snowden, the 29-year-old former NSA contractor who worked as a systems administrator, proves their claims of sweeping government surveillance of millions of Americans not suspected of any wrongdoing. They say those revelations only hint at the programs' reach.

On Friday, USA TODAY brought Drake, Binney and Wiebe together for the first time since the story broke to discuss the NSA revelations. With their lawyer, Jesselyn Radack of the Government Accountability Project, they weighed their implications and their repercussions. They disputed the administration's claim of the impact of the disclosures on national security — and President Obama's argument that Congress and the courts are providing effective oversight.

And they have warnings for Snowden on what he should expect next.