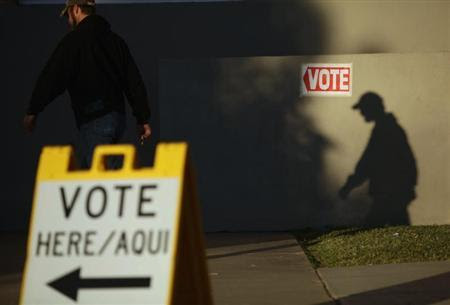 he Supreme Court on Monday struck down an Arizona state law that requires people registering to vote in federal elections to show proof of citizenship.

In a 7-2 vote, the court said the voter registration provision of the 2004 state law, known as Proposition 200, was trumped by a federal law, the 1993 National Voter Registration Act.

The federal law requires prospective voters to provide one of several possible forms of identification, such as a driver's license or a passport, but no proof of citizenship is needed. Would-be voters simply sign a statement saying they are citizens.

In the majority opinion, Justice Antonin Scalia said the state law was preempted by language in the federal statute saying that states must "accept and use" a federal registration form.