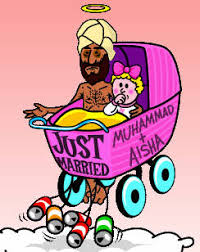 Rich Saudi Arabian men – some of whom are closely associated with the Saudi royal family – have been purchasing for their sexual pleasure Syrian girls and young women from among the hundreds of thousands of refugees fleeing the Syrian civil war conflict to Lebanon and Jordan, evidence suggests, according to report from Joseph Farah’s G2 Bulletin.

Most of the Saudis suspected of such atrocities are in their 60s and 70s. When they tire of the girls, these Saudi men often hand them off to other men, or the girls somehow just disappear, witnesses say.

“They come into Lebanon and Jordan and go to the Syrian refugee camps where the Syrian families there have nothing,” one Lebanese source said. “The Saudis then offer $200 for girls aged nine to 14 years and take them from their families. Because *families are so desperate for money, they give in to the temptation.”

*The families are more despicable then the buyers and my retribution would be swift and fatal.