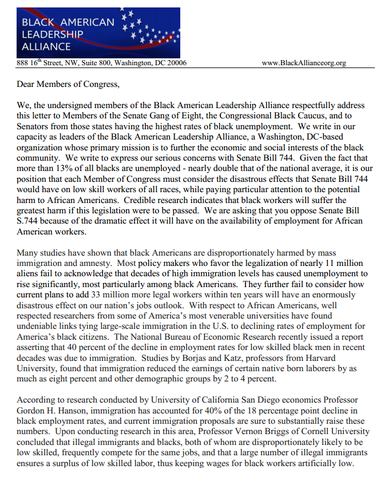 "Given the fact that more than 13% of all blacks are unemployed - nearly double that of the national average, it is our position that each Member of Congress must consider the disastrous effects that Senate Bill 744 would have on low skill workers of all races, while paying particular attention to the potential harm to African Americans," reads the open letter.