How to make a BIG bomb 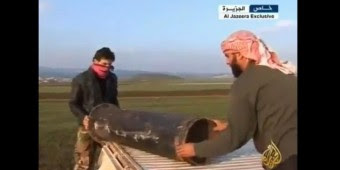 A former radicalized Muslim-turned-Christian is expressing alarm that jihadists are posting videos on the Internet that show how to build powerful bombs capable of bringing down buildings.

The alert comes from Walid Shoebat, a former member of the Palestine Liberation Organization who engaged in terror attacks.

“‘How to Make Massive Roadside Bombs’ – you heard it right, and forget exploding pressure cookers,” he told WND, referencing the relatively small explosives used by Muslim terrorists to kill and maim innocent bystanders at the Boston Marathon.

“As unbelievable as it sounds, Al-Jazeera TV, in collaboration with the Free Syrian Army, provided an exclusive training session on how to make an improvised explosive device,” he said.

He said the demonstration is not for “any small version IED, but the massive type that brings down large buildings and causes high death toll.”