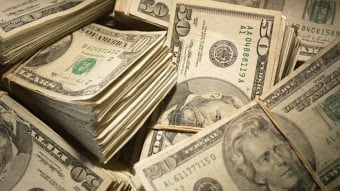 With the United States facing a $17 trillion debt and an acidic debate in Washington over raising that debt limit on top of a potential government shutdown, Congress could mimic recent European action to let banks initiate a “bail-in” to blunt future failures, experts say.

Previously the federal government has taken taxes from consumers, or borrowed the money, to hand out to troubled banks. This could be a little different, and could allow banks to reach directly into consumers’ bank accounts for their cash.

Authority to allow bank “bail-ins” would be in lieu of approving any future taxpayer bailouts of banks that would be in dire need of recapitalization in order to survive.

Some financial experts contend that banks already have the legal authority to confiscate depositors’ money without warning, and at their discretion.

Financial analyst Jim Sinclair warned that the U.S. banks most likely to be “bailed-in” by their depositors are those institutions that received government bail-out funds in 2008-2009.

Such a “bail-in” means all savings of individuals over the insured amount would be confiscated to offset such a failure.