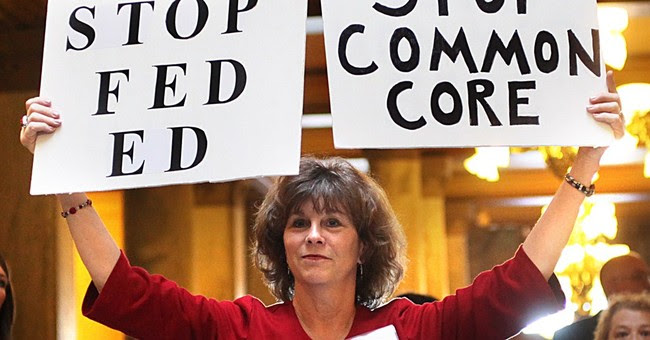 The schools [utilizing Common Core]… are organized in a highly centralized government-run system. They [Common Core courses] have the following characteristics in common: they are overwhelmingly secular in orientation; a common school is provided through at least grades seven or eight; little or no tuition charge is made; schools are mostly coeducational; the curricula are tightly prescribed, as are the textbooks...students are offered few electives…”

Sound familiar? Although this sounds like Common Core, with the exception of the inserted text, it’s actually a description from “Common Features of Education System in Communist Nations.” Common Core is a top-down national curriculum currently being forced on our public schools that attempts to treat every student exactly the same regardless of ability. It is reminiscent of the slogan popularized by Karl Marx, “From each according to his ability, to each according to his need,” which means no matter how hard someone works, or how intelligent they are, everyone will be treated the same. But due to flaws inherent in human nature, such as laziness and greed, this slogan is incapable of ever becoming reality, and attempts to implement it have resulted in the deaths of millions in Stalinist Russia and Mao Tse-Tung's China.