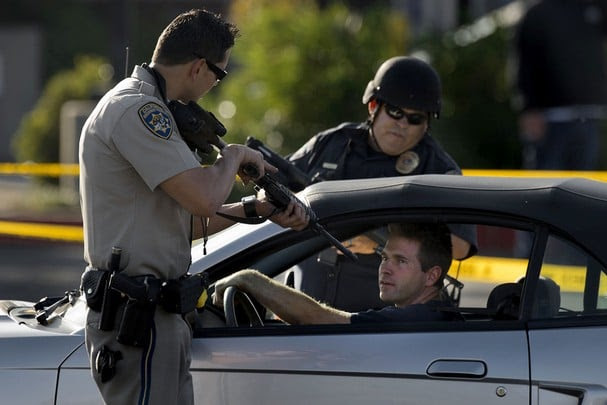 Four law-enforcement officers were wounded Friday in a suburb of Sacramento, Calif., during an attempt to take a wanted gang member into custody.

The shooting occurred in Roseville, a suburb about 20 miles northeast of the state capital.

Helicopters circled overhead and armored vehicles and other police cars flocked to the area following an initial report that a U.S. Immigration and Customs Enforcement agent had been shot.

A sporadic gun battle lasted into the night and the commotion snarled traffic for hours. Police responded by setting up a checkpoint and pointing guns at motorists, as this Associated Press photo shows.