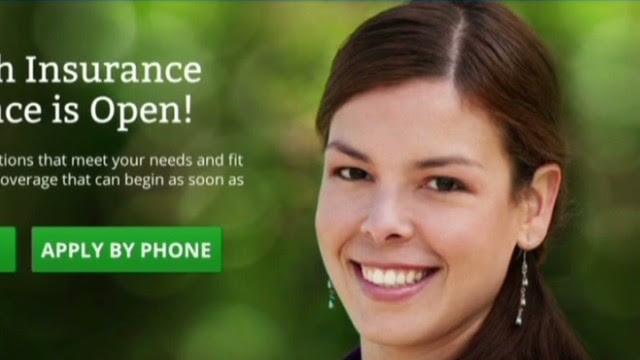 
The mystery of the ObamaCare covergirl took yet another strange turn over the weekend, when her smiling face was replaced by a far less intriguing quartet of icons.

The smiling brunette touched off a frenzied hunt, especially after White House officials refused to divulge her name. As frustration with the beleaguered Healthcare.gov website mounted, she became known on the Internet as “Glitch Girl.”

Sometime on Sunday, her visage was replaced by the helpful icons, which show the four ways people can learn about President Obama’s signature health law – by talking on the phone, going to the website (that they are presumably already on), writing a letter or chatting with friends.

For now, the ObamaCare covergirl, whose identity was sought in vain by dozens of media outlets, remains a secret. It’s not clear why the site was stripped of a human face, but it is possible misguided vitriol on the web prompted the move for her own protection – whoever she is. Tweets, digitally-altered copycat sites and blogposts were becoming downright cruel toward a woman who may have simply long ago signed a release that allowed her to become the new face of futility.