Greasing the Skids for War 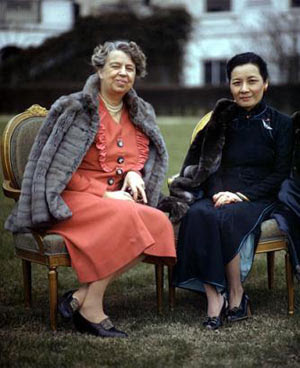 Equally, if not more important than memorializing American war dead on Veterans Day, is the serious investigation of how and why American boys were sent to fight wars on foreign soil by representatives elected to serve them.
Bernhard Thuersam

Greasing the Skids for War

“The 1940 presidential campaign soon settled into a phony contest to see who could most reassure American fathers and mothers that their boys would not be sent off to fight a war.  [Republican presidential candidate Wendell] Wilkie kept calling FDR a warmonger and the public reaction finally got under the President’s skin.

The late Robert Sherwood, a Roosevelt ghost writer, has written that on a trip through New England on October 30 FDR was flooded with telegrams “stating almost tearfully that if the President did not give his solemn promise to the mothers, he might as well start packing his belongings at the White House.”

For this reason, Sherwood explained, the President that night in a speech in Boston spoke those unforgettable lines: “I have said this before, but I shall say it again – and again – and again – your boys are not going to be sent into any foreign war.”  According to Sherwood, FDR rejected a suggestion by another speechwriter, Samuel Rosenman, that he add the phrase that was so important to him in the [Democratic] platform – “except in case of attack.”

The President’s campaign promises did not square with an impression I was getting from insiders.  In October, Vice President John Nance Garner called me into his room off the Senate floor.  He had just come from a Cabinet meeting.

“I’ll bet you a grand,” the Vice President [stated], “that we’re in the war by June first of next year.”  Garner paused, ruminating, then added: “[Secretary of State Cordell] Hull is more anxious to go to war with the Japs than the Chief is.”  I asked why.

“Because he thinks we’ve got to go to war with them sometime and we might as well do it now,” the Vice President said.

“That’s a hell of a reason,” I said.  Garner agreed. Later, I mentioned Garner’s report on Hull’s attitude to Chairman Tom Connally of the Foreign Relations Committee and he grunted, “That’s right.”

The evidence that Hull wanted to go to war with Japan is overwhelming. Senator George W. Norris, the great liberal independent, knew it and once innocently assured me we would not lose any soldiers in a war with Japan.

Immediately after the election . . . Roosevelt [asked] Congress for authority to lend-lease all sorts of aid to the allies.  It would be a revolutionary law giving him tremendous dictatorial powers to further our intervention – something he would not dare broach before the election.

When I arrived in Washington, DC, Senator Ed Johnson, a Colorado Democrat who shared my sentiments about the war, said he could not prevent its passage . . . . “The skids are greased and the Republicans and Democratic leaders are all for the bill,” Johnson said.  I told him I would fight it even if the only vote I mustered was my own.

“When you pass this bill, it means war,” I told my colleagues.  All the Democrats speaking for the Administration said the bill meant peace.

[Wheeler said on the radio:] “The lend-lease program is the New Deal’s triple-A foreign policy; it will plow under every fourth American boy.”

Joe Kennedy, a friend since the early 1920s, shared my concern about our avoiding the war. He once told me that he liked Prime Minister Neville Chamberlain better than Winston Churchill because Chamberlain was interested in working out a peaceful solution. If this was so, I asked him, why did Britain let itself get involved in a war.  Kennedy said it was “pressure from the United States.”