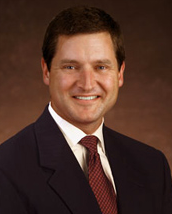 
Dr. Perry Inhofe, the son of Sen. Jim Inhofe, R-Okla., has died in a plane crash.

Oklahoma City television station KOCO says a source close to the senator has confirmed his son was on board a plane that crashed near Owasso, Okla., on Sunday.

The plane crashed in a wooded area about five miles north of Tulsa International Airport at 4 p.m., approximately 15 minutes after the pilot reported engine trouble.

Perry Inhofe, an orthopedic surgeon, graduated from Duke University in 1984 and attended medical school at Washington University in St. Louis, according to the Oklahoma Surgical Hospital’s website. Inhofe is listed as a physician with Central States Orthopedics in Tulsa, the website says.

Inhofe was a licensed pilot and flight instructor, according to FAA records.