Gun Controllers push for Robot Apocalypse rather than arming teachers 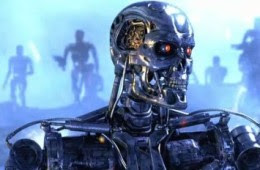 Sci-fi is only fiction until it isn’t.

A company in silicon valley has created a 5ft tall, 300 lb R2D2 looking robot that they hope will keep tragedies like Sandy Hook and other school shootings from happening.

“We founded Knightscope after what happened at Sandy Hook,” said the company’s co-founder William Santana Li. “You are never going to have an armed officer in every school.”

No, because an armed “officer” (could be a teacher) would be effective and since gun controllers in general have an aversion to logical solutions that work, they march out idiotic ideas like have a robot monitoring the halls.