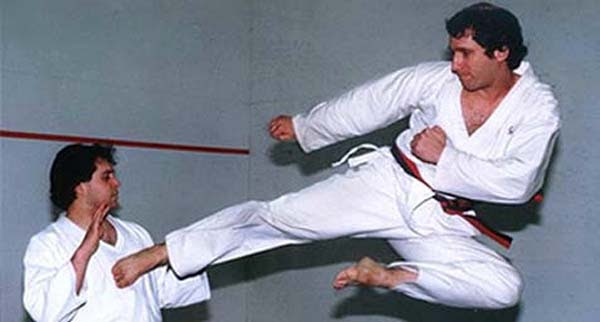 Rabbi Sensei Gary Moskowitz in the air
Read more at http://www.wnd.com/2013/12/karate-rabbis-answer-to-knockout-game/#vpCgbTfl1aoShx00.99
There’s a solution to the problem of New York Jews being singled out by “Knockout Game” attackers, says a New York rabbi turned Karate sensei.

When Rabbi Gary Moskowitz, now 56, was growing up in the Soundview section of the Bronx, he got beaten up a lot, he recalls. So he took up karate.

At age 14, he went to a Jewish Defense League summer camp.

Black mobs routinely terrorize cities across the country, but the media and government are silent.
Now he’s reaching out to city Jews who are being targeted by the “Knockout the Jew” criminals.

“I wore a yarmulke, and I was a target,” he said. “I was once dragged up six stories to a rooftop by a gang. … They held me over the ledge.”