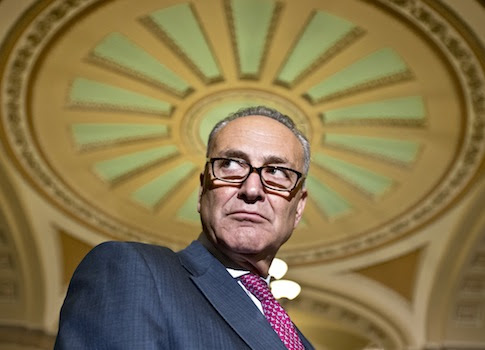 Sen. Chuck Schumer (D., N.Y.) proposed using the Internal Revenue Service to curtail Tea Party group funding during a speech on how to “exploit” and “weaken” the movement at the Center for American Progress on Thursday.

Arguing that Tea Party groups have a financial advantage after the Supreme Court’s 2010 Citizens United decision, Schumer said the Obama administration should bypass Congress and institute new campaign finance rules through the IRS.

“It is clear that we will not pass anything legislatively as long as the House of Representatives is in Republican control, but there are many things that can be done administratively by the IRS and other government agencies—we must redouble those efforts immediately,” Schumer said.