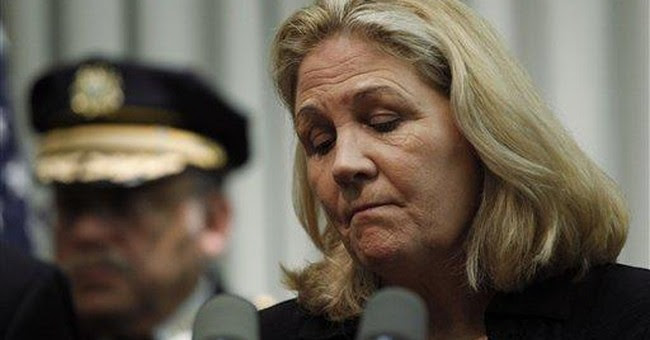 Last month Maureen Faulker, the widow of murdered Philadelphia Police Officer Daniel Faulkner, requested a chance to give testimony against President Obama's nominee to head the Department of Justice Civil Rights Division. Her husband was killed in 1981 by former Black Panther Mumia Abu-Jamal, who was convicted of murder in 1982.

Thirty years after the conviction, nominee Debo Adegbile voluntarily took up Abu-Jamal's case and the cause in the name of race during his time as the head of NAACP Legal Defense Fund. Republican Senator Chuck Grassley asked for Faulkner's request to present testimony be granted, but Democrats have blocked her from doing so. The Senate Judiciary Committee will vote today on Adegbile's nomination.