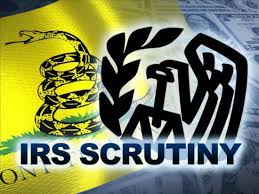 Top Republicans in the House and the Senate insist the Obama administration is using new proposed IRS rules to continue its "harassment and intimidation" of conservative groups, and they are calling on the new IRS Commissioner to abandon the plans.

In a joint letter issued Wednesday to IRS Commissioner John Koskinen, House Speaker John Boehner and Senate Minority Leader Mitch McConnell also contend that, much like the agency's targeting of tea party groups which stifled their influence in the last two election cycles, the latest round of rules are a new attempt to silence them in the run-up to the 2014 elections.

The rule, which hasn’t been finalized, could limit spending from outside groups officially classified as non-profit social welfare organizations.

The groups spent more than $310 million over the two-year 2012 election cycle, according to the Center for Responsive Politics, which tracks campaign finance. Some $265 million of that -- about 85 percent -- was from organizations that align with Republicans, according to the watchdog group.

"It is our view that finalizing this proposed rule would make intimidation and harassment of the administration's political opponents the official policy of the IRS and would allow the Obama Administration to use your agency as a partisan tool," the lawmakers wrote in the letter signed by nine other colleagues.