Via Sister Anne via Cousin Becky 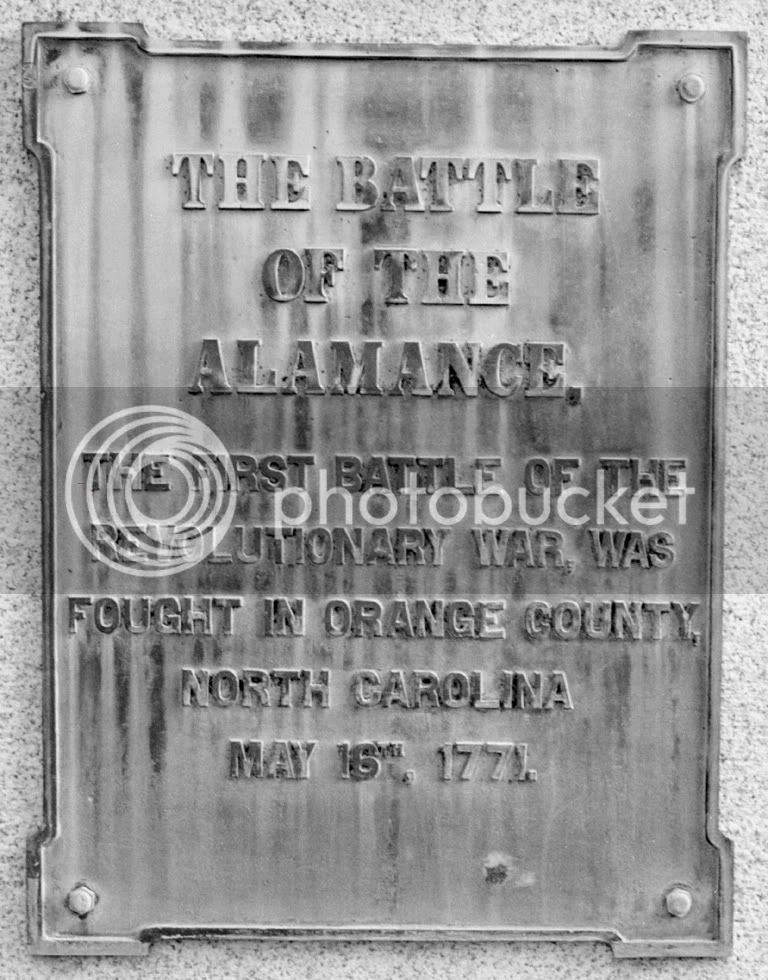 1771 Alamance: The First Battle of Our American Revolution

Historians have taught that the American Revolution began with the "Shot heard around the world" at the Old North Bridge, Concord, New Hampshire. Although, at Concord on April 19, 1775, the conflict blazed up into a conflagration, perhaps another shot fired four years earlier in central North Carolina, was the Spark that ignited our American Revolution.

Here is the story.

Following the unsuccessful English settlement at Roanoke Island in the late 1500’s, colonization of Virginia and South Carolina gained more prominence, and the North Carolina uplands were settled by a more rugged, more independent-minded type of individual.

In 1765 the new Royal Governor of the North Carolina Colony, Lord Tryon, imposed a policy of taxation to build his opulent palace in New Bern. Over time, colonial leaders from the west wrote letters to the Gov. and spoke with the royal administrators requesting moderation of the onerous taxing and highhanded policies of the Royal Court in Hillsborough.


This Day Came before me Thomas Leach, Surgeon, & made Oath to the above acc’t to be Just & True.