Ron Paul: Change in Ukraine US-backed coup; slams US on Crimea crisis & says Russia sanctions are 'an act of war' 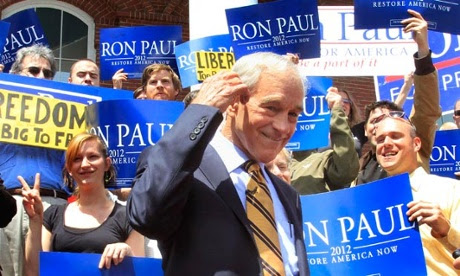 Views are opposite to those of son, Senator Rand Paul
(No back bone like his father, cause he gonna' run for President.  Pathetic.)

The former Republican congressman and three-time presidential candidate Ron Paul has launched a scathing attack on what he calls a US-backed coup in Ukraine, insisting the Crimean people have the right to align their territory with Moscow and characterising sanctions against Russia as “an act of war”. (Just like the Tyrant's blockade.)

He also said providing economic aid to Ukraine was comparable to giving support to rebels in Syria knowing it would end up in the hands of al-Qaida.