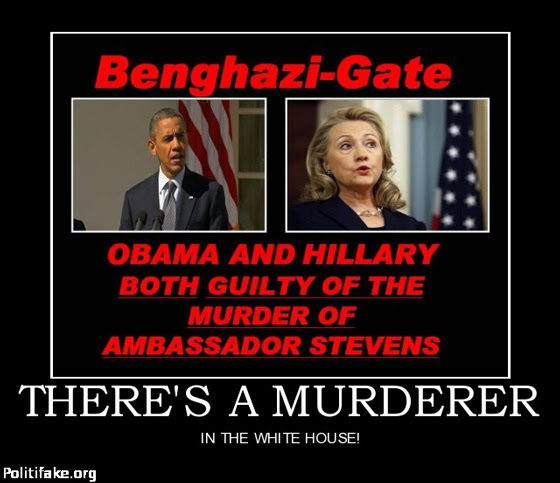 I didn’t know how right I was when I wrote on September 29, 2012 “Benghazi Worse then Watergate.”

With the release of new emails it is spectacularly worse — so bad in fact that it has made a full investigation with an impeachment trial necessary for the protection of our republic.

From the Washington Free Beacon:


Previously unreleased internal Obama administration emails show that a coordinated effort was made in the days following the Benghazi terror attacks to portray the incident as “rooted in [an] Internet video, and not [in] a broader failure or policy.”

Rhodes sent this email to top White House officials such as David Plouffe and Jay Carney just a day before National Security Adviser Susan Rice made her infamous Sunday news show appearances to discuss the attack.

The “goal,” according to these emails, was “to underscore that these protests are rooted in an Internet video, and not a broader failure or policy.”

The levels of criminality involved in this are mind-boggling.  Everyone from Ben Rhodes to Hillary Clinton to Jay Carney to Susan Rice to Mike Morell to Barack Obama and on and on must explain themselves minute-by-minute. American “liberals” and their media consorts should search their souls. People died here.