The "choking cop" gets fired 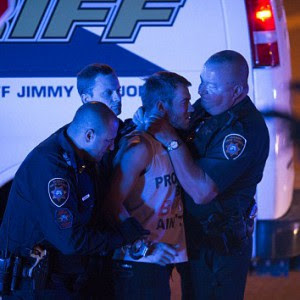 A Tennessee Sheriff’s office has fired a deputy whose excessive actions against a compliant detainee were photographed and circulated on the Internet over the weekend. The pictures appear to show the deputy methodically choking a handcuffed University of Tennessee student until the young man drops unconscious to his knees.