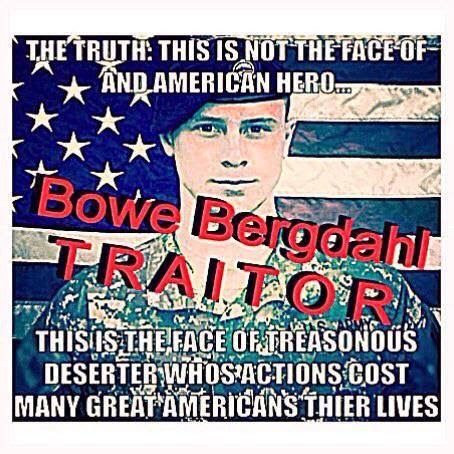 I am writing this because last night I heard Fox News’ Harris Faulkner refer to Army SGT Bowe Bergdahl as a local hero. I just listened to Bergdahl’s father refer to his son’s character.

So, we must have a discussion of the truth here. Army SGT Bergdahl was not “captured” by the enemy in 2009. He abandoned his assigned post on his Forward Operating Base (FOB), leaving his weapon. Several U.S. Army Soldiers lost their lives in search for Bergdahl. His disappearance can only be classified as desertion and the media must not be so giddy about a good news story that they don’t tell the truth — which is apparent to many. The allegation of desertion is serious. It is grave because it occurred during a war, during combat operations.