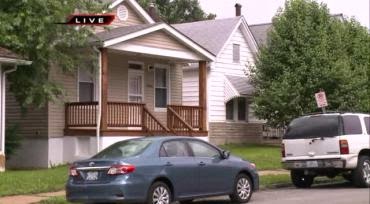 Moms Demand Action From Illegal Mayors in Everytown cult leader Shannon Watts claims that a good guy with a gun has “never” stopped a bad guy with a gun.

Here’s just the latest example of her being dead wrong.


It was about 11pm Monday when a 17 year old girl who lives in the home was getting something from her car. Two men, both with guns, grabbed her. The began to push her back into the home with a gun to her head. Her father, who says he was visiting the girl and her mother, saw the gunmen and pulled his own weapon. He says he had no choice but to fire.

“He was holding her hostage. She was a human shield. So I did what I had to do.”

Asked how he had the confidence to pull the trigger when the man was holding his daughter that way, he said, “It wasn’t like that. It just happened. I didn’t have no choice.

He had my daughter so I did what I had to do.”

The father asked that we not use his name.

The man he shot and killed was Terrell Johnson, 31, of St. Louis. The second suspect, who the father says was wearing a mask, is Cortez McClinton, 33, also of St. Louis.