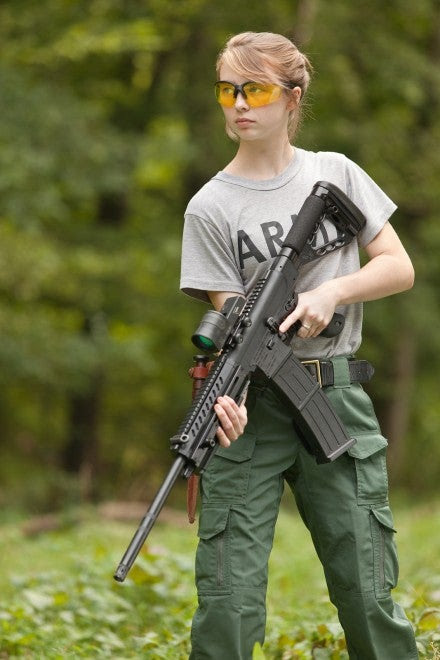 Despite the focus on the AK47 and AK74 clones affected by the import recent ban, the Russian rifles are the easiest to replace with imports from other sources. Some of the more unique manual actions also banned from import will be harder to replicate, and no one I know of makes clones of Saiga or Vepr shotguns. The feeble Chinese efforts hardly count; I tested one, and after two shots I didn’t feel safe to fire the rest of the magazine. The Turkish Akdal MKA1919 I mentioned earlier has much to recommend it: light weight, rifle-like manual of arms, and low felt recoil, but its long-term durability proved imperfect, leading to the beefed up BR99 variant. Fortunately, MKA1919 can be made much closer to perfect by Firebird Precision.

It takes a pretty major re-build, but the metal lower, an additional, non-reciprocating forward charging handle, and improved gas system all make TAC12 an extremely desirable shotgun. I shot one of the prototypes at 2013 SHOT show and was extremely impressed by the transparency with which it could be used to bust clays.