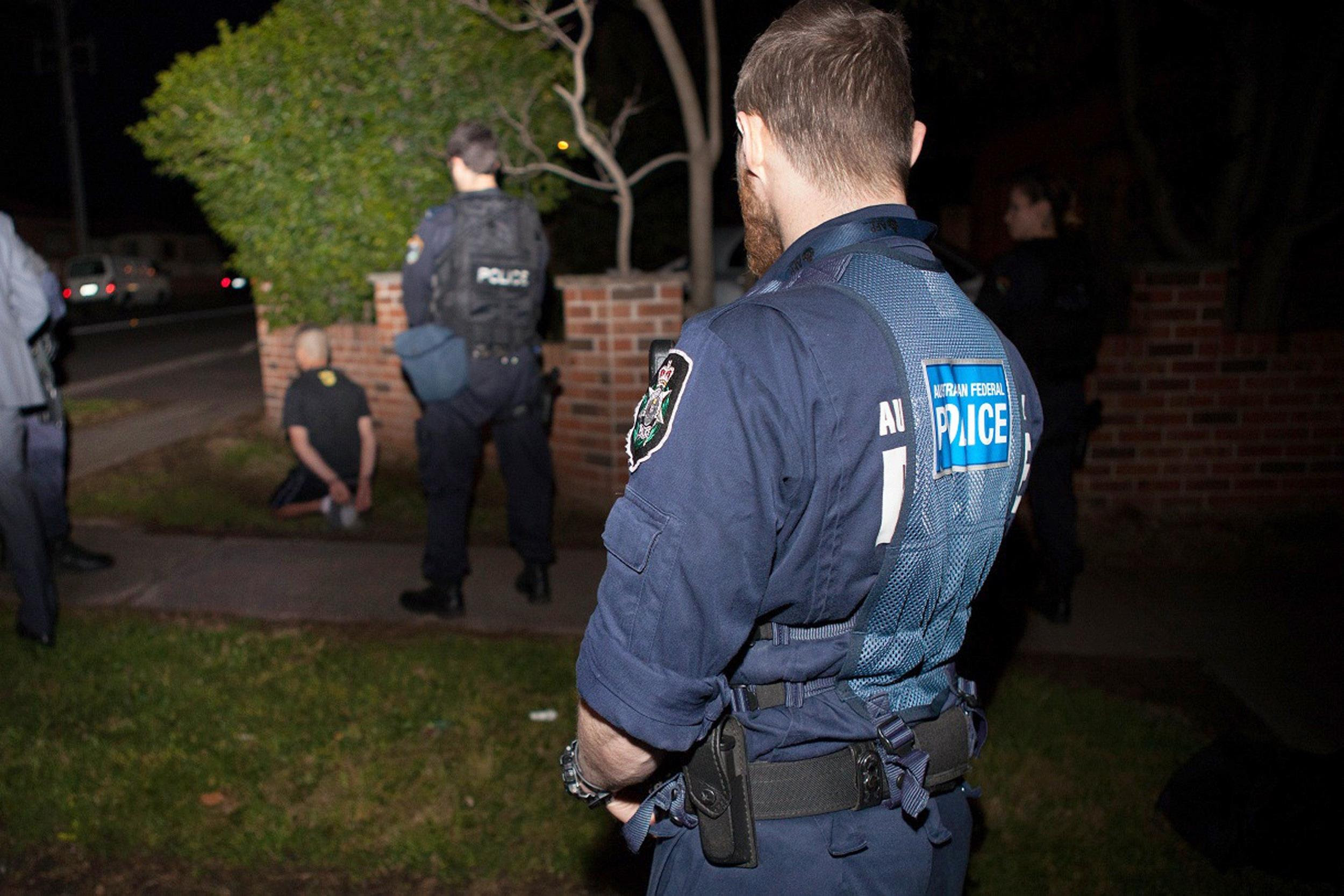 Australian counterterrorism forces detained 15 people Thursday in a series of suburban raids after receiving intelligence that the Islamic State militant group was planning public beheadings in two Australian cities to demonstrate its reach.

About 800 federal and state police officers raided more than a dozen properties across 12 Sydney suburbs as part of the operation -- the largest in Australian history, Australian Federal Police Deputy Commissioner Andrew Colvin told the Associated Press. A sword was removed as part of evidence at one of the homes.

Separate raids in the eastern cities of Brisbane and Logan were also conducted.