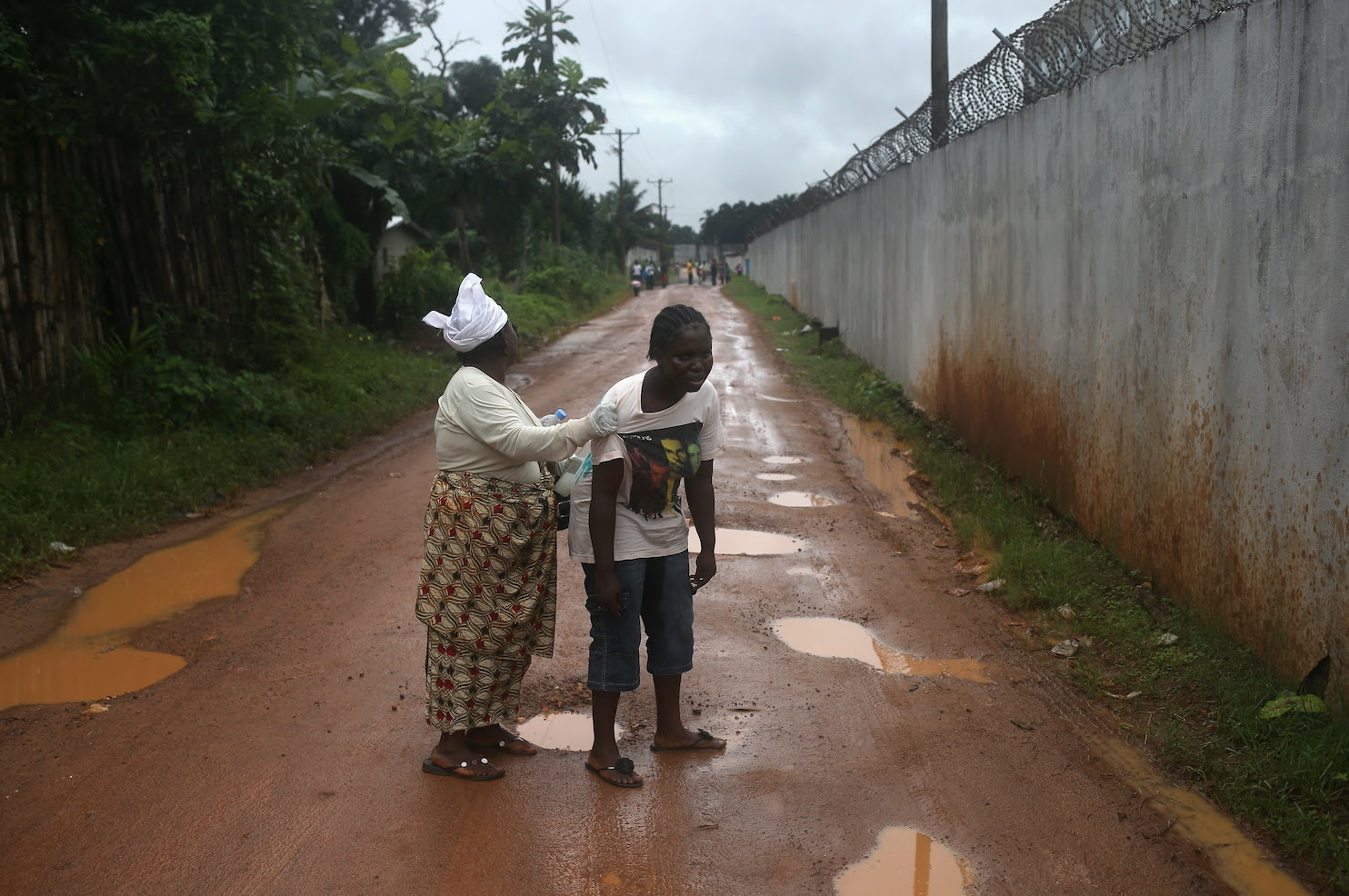 Siata Johnson, 23, stands weakly with the help of a relative outside an Ebola treatment center near Monrovia, Liberia.


Infected men and women may not be contagious on the plane, but they could wreak havoc when they arrive.

The United States got its first scare from Ebola last week when Thomas Eric Duncan, a man sick with the virus, traveled from Liberia to Dallas. This man was feared to have been in contact with up to 100 people after he became contagious, all of whom had to be individually evaluated by public health professionals for their exposure risk. Half of these individuals are currently under observation. Nine of them considered to be at highest risk are being checked twice daily for symptoms.

Bodily fluids including vomit spread Ebola, and Duncan — who presented himself to a Dallas hospital only to be misdiagnosed and sent home — vomited on the sidewalk outside of his home.