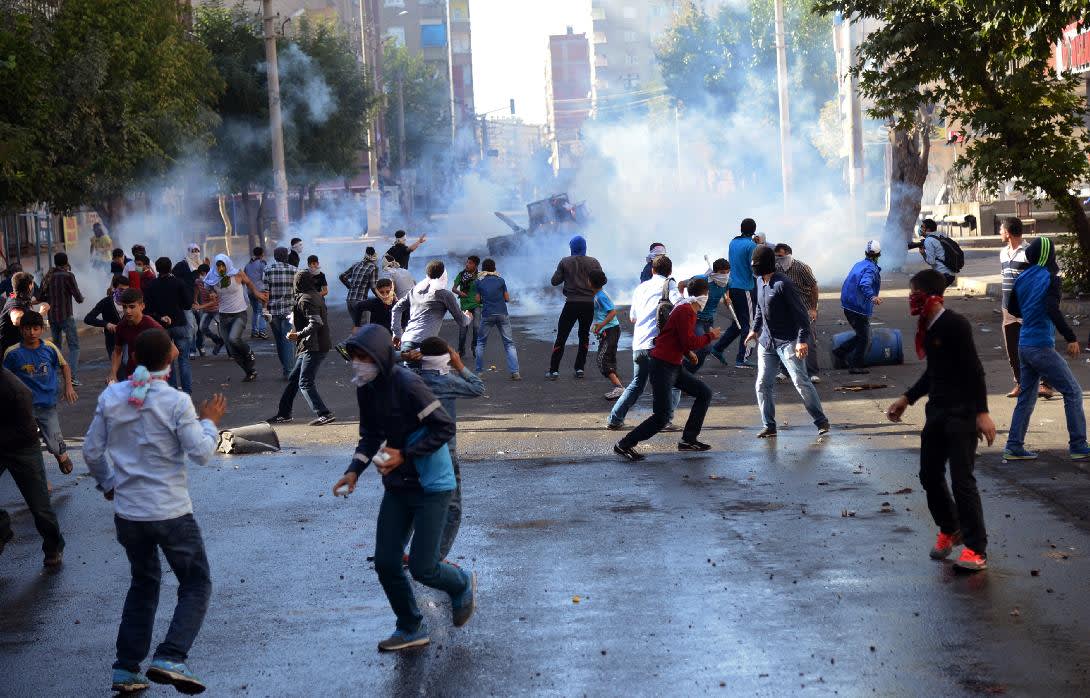 At least 19 people were reported killed in riots across Turkey, the deadliest street unrest in years, after the Kurdish minority rose up in fury at the government's refusal to protect a besieged Syrian town from Islamic State.


Street battles raged between Kurdish protesters and police across Turkey's mainly Kurdish southeast, as the fallout from war in Syria and Iraq threatened to unravel the NATO member's own delicate peace process. There were also clashes in the commercial hub Istanbul and capital Ankara.

Across the frontier, U.S.-led air strikes appeared to have pushed Islamic State fighters back to the edges of the Syrian Kurdish border town of Kobani, which the militants have been poised to capture this week after a three-week siege.