Tigers in the Mud: The Combat Career of German Panzer Commander Otto Carius 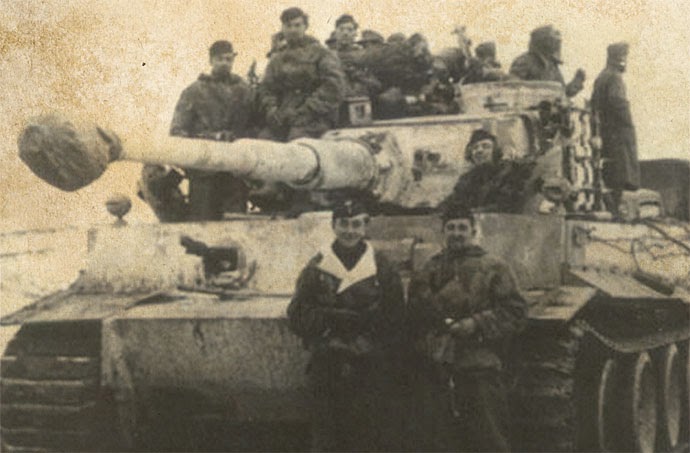 
"The prerequisite for bravery is fear.”- Otto Carius, Tigers in the Mud

The highest scoring tank ace alive today, with well over 150 kills to his credit.

On 24 July 1944, Carius dashed ahead of his tanks in a motorcycle and sidecar on a reconnaissance mission, as he often did prior to a mission. No sooner had he got out of his motorcyle than he and his driver were ambushed by Soviet troops, suffering shots through the leg and arm, as well as four bullets in the back.

Carius tried to draw his weapon with his one healthy arm, but was stopped by a Russian officer who was aiming his pistol at Carius’ head. Just as the Russian pulled the trigger, Carius turned his head and the shot went into his neck.

As Carius faced death, the Tiger tanks from Carius’ company stormed onto the scene in a sort of Hollywood-style rescue operation. The Russians were scared off and Tigers stopped to help Carius. They bandaged him up and stopped the bleeding from his leg using Carius’ elastic suspenders. They put him on the back of one of the Tigers and Carius clung to the turret for dear life.

Suddenly, the Russians opened fire again. Carius stood up on his good leg and yelled at the tank commander, telling him were the fire was coming from. However, as the turret turned, Carius’ foot was jammed in between the turret and the hull.

Now completely exhausted and only one functional limb, Carius was taken to a field hospital where he was treated and made a full recovery after cheating death.