Bill Clinton And The Pedophile: The Sex Scandal That Could Destroy Hillary’s Presidential Ambitions 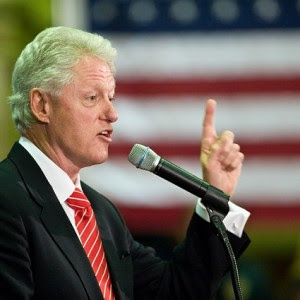 In this case, a Florida lawsuit that alleges that Britain’s Prince Andrew had sex with a 17-year-old “sex slave” provided by Epstein is making headlines all over the planet.  But of potentially even greater importance is what this lawsuit is revealing about Bill Clinton.  If it can be proven that Bill Clinton had sex with underage girls provided by Jeffrey Epstein, that could potentially destroy any chance that Hillary Clinton has of winning the presidency in 2016.

The 17-year-old girl that Prince Andrew is alleged to have had sex with is named Virginia Roberts.  She is claiming that she once received $15,000 for having sex with him…


More @ End Of The American Dream
Posted by Brock Townsend at Wednesday, January 07, 2015