Four-months-pregnant woman smashed to the floor, dragged along road and has leg broken in terrifying attempted robbery 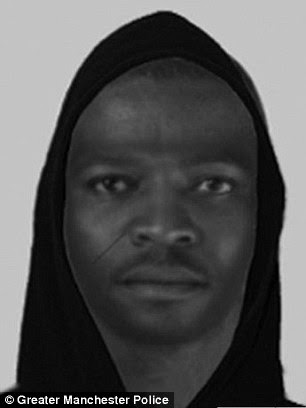 Police are hunting a criminal who broke the leg of a pregnant woman during a 'terrifying' attempted robbery.

The attacker pounced on the 27-year-old victim as she left a newsagent in the Moston area of Manchester at 12.40pm on January 17.

The man threw the victim to the ground, breaking her leg, while attempting to steal her handbag during the daylight assault.

Detectives from Greater Manchester Police investigating the case have said it was 'pure luck' that the unborn baby was not harmed.