Italy: Immigrants Smash Statue of Virgin Mary and Urinate on It 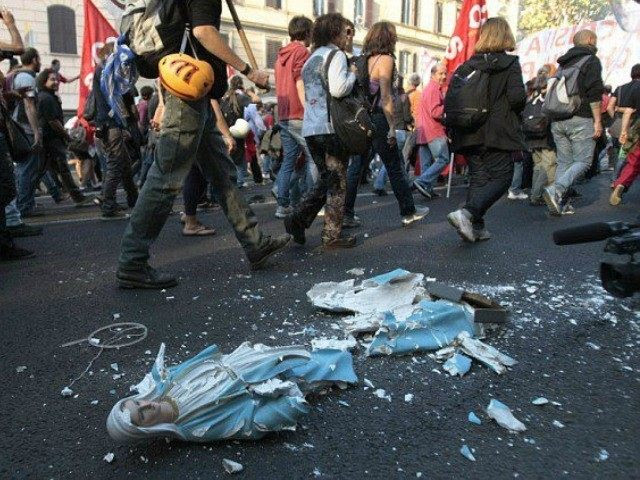 Just days after the Charlie Hebdo attack in Paris, a band of five young immigrants desecrated a statue of the Virgin Mary at the parish of San Barnaba in the Italian city of Perugia, breaking it and urinating on it.

The pastor of the church, Father Alessandro Scarda, said that the vandals broke the statue in two and began “kicking it like a soccer ball,” after which they “urinated on the two pieces, which were later recovered, cleaned and glued.” The statuette has been returned to its grotto, a site where locals often gather in prayer.

When the youths arrived, a man was praying at the foot of the statue, holding the photo of his deceased wife.  The assailants ripped the photo from his hand before turning on the statue of the “Madonnina.”