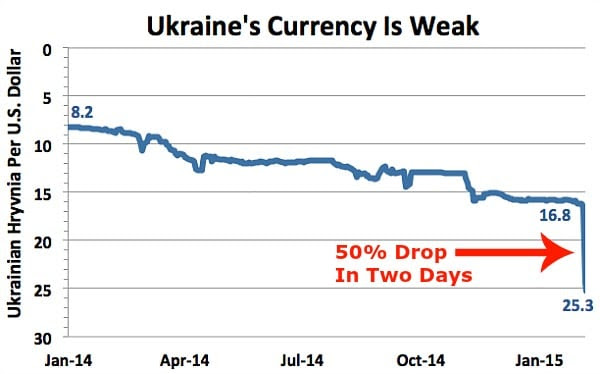 Ukraine, to use a technical term, is broke. That's what you call a country whose currency has lost half its value in just two days.

The problem is simple: Ukraine has no money and barely any economy. It's already talking to the IMF about a $15 billion bailout and what's euphemistically being called a debt "restructuring"—i.e., default—as its reserves have dwindled down to $6.42 billion, only enough to cover five weeks of imports. (Three months worth is considered the absolute least you can get by with).