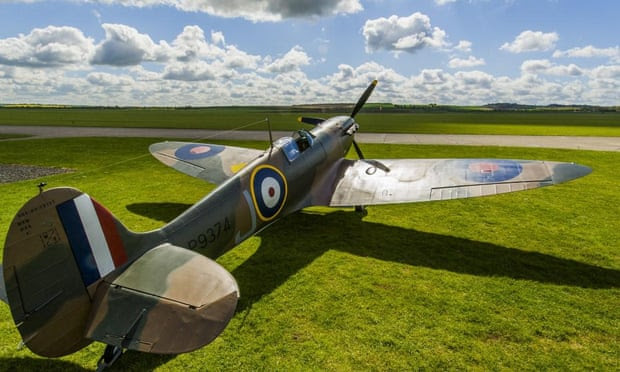 An RAF Spitfire once flown by a veteran of the Great Escape and painstakingly restored over five years is expected to fetch up to £2.5m at auction.

The legendary fighter aircraft, dubbed “The Ballerina” because of its grace in the skies, was originally piloted by Old Etonian Peter Cazenove during the evacuation of Dunkirk in 1940.

His plane was shot down by a single bullet on 24 May 1940, and despite radioing in to say “Tell mother I’ll be home for tea!” he crashed landed on the Calais coast and was captured soon afterwards.

While he was then taken to a German prisoner of war camp, his plane was left on the sandy beach in northern France, where it remained buried for decades.


More @ The Guardian
Posted by Brock Townsend at Wednesday, April 29, 2015