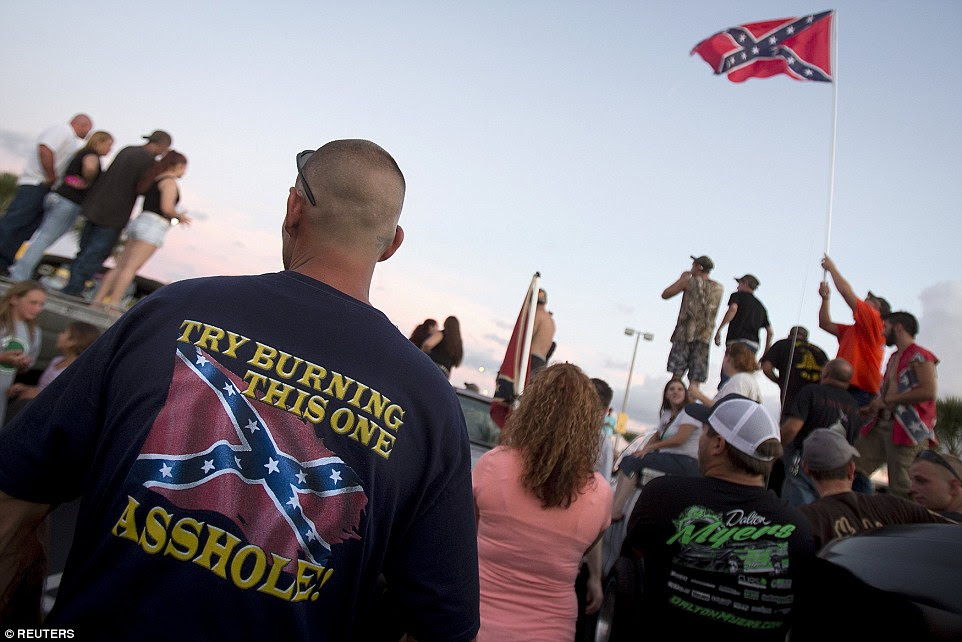 Confederate flags have been falling across the United States since the racist church massacre in Charleston, South Carolina, sparked a national outcry over the symbol.

But in Tampa Bay, Florida, the battle flag of the rebel South was out in force Friday night at a 'Ride With Pride' event attended by hundreds who wore and flew the controversial symbol.

On pick-up trucks, choppers, t-shirts and even inked onto demonstrators' skin, the distinctive flag was repeated hundreds of times alongside combative slogans like 'try burning this, asshole' and 'come and take it'.