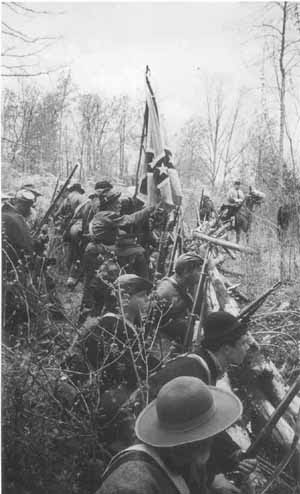 After years of oppressive tyranny over the American colonies by King George III and the British crown, on July 4, 1776, our Founding Fathers, lead principally by the likes of John Adams, Thomas Jefferson and Benjamin Franklin, declared independence and a new nation in Philadelphia based on the premise that “We the People” were divined by the Grace of our Judeo-Christian God to be a country of laws and not men. In so doing, they sought to insulate us from the whims of monarchs who ruled by fiat and terror.

Two hundred thirty-nine years later, the citizenry find themselves in a much worse situation, one where we have a socialist and half Muslim president (but one who gives preferential treatment to the Islamic way of life as if he were fully Muslim), Barack Hussein Obama, who rules, like King George III, by his own fiat. One of many such tyrannical examples are his executive orders granting amnesty to over 5 million illegal aliens, many of whom are Muslims who came here and then stayed illegally, some for nefarious terrorist purposes, on expired temporary visas. In another evil act, “King Hussein” has taken it upon himself to negotiate and implement an imminent deal with his Islamic brothers in Tehran, which will result in Iran having atomic weapons, which they have threatened to use to annihilate not just Israel but also the “Great Satan” – the United States.