The politics of provocation

Via Bill "Y'all, This is very good advice. Provocation is what they seek above all else. That is why I refused to give them (API) even my name today at Montgomery. We must be very vigilant, and not let them spin anything we do, negatively. And we can ill afford any act or action that could be construed by them in any way to be of a violent nature. Our great problem has been for many years that we as white Southerners have no voice, except now, the social media, but it does not reach the rank and file like the nightly news! Dear Lord, if only we had just one TV station! 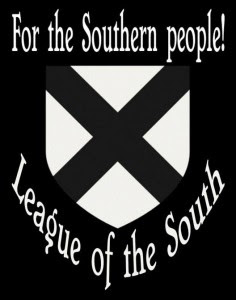 When a US Army psychiatrist, Major Nidal Malik Hasan, who in 2009 opened fire at Fort Hood, Texas, killing 12 people and wounding 31 others, was brought forth for examination by the US media, we were quickly told how he did not represent Islam, a “religion of peace.” Both Obama’s Justice Department and the Department of Defense pushed for the charge of “workplace violence” instead of “terrorism” against Hasan. This despite the fact that Hasan called himself a “soldier of Allah” and shouted “Allah Akbar” as he began his murderous assault.

George W. Bush also called Islam a “religion of peace” and chastised Americans for calling it a front for political terror and conquest, despite much hard evidence that suggest it is more of the latter than of the former.

Now we have the same Establishment politicians and media howling that alleged Charleston AME church shooter Dylann Roof, far from being solely responsible for his own actions, is a product of a dark and horrible culture—the traditional white South.