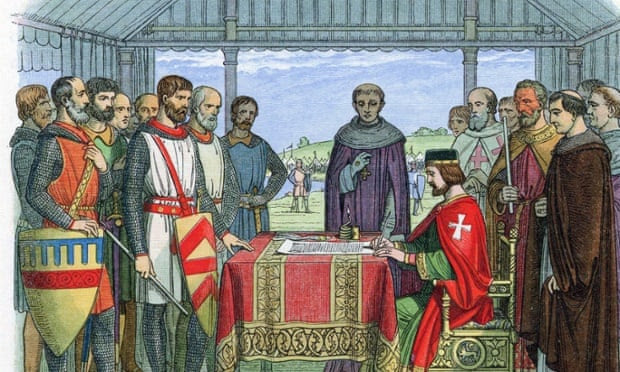 Shamed the throne that he sat on; …

So the Barons brought a Deed;

Down to rushy Runnymede,

Magna Carta was its hight,

Charter of the People’s Right,

Framed and fashioned to correct

Kings who act with disrespect –”

June marks the 800th anniversary of 25 medieval English barons forcing King John to affix his beeswax seal to the calfskin parchment of Magna Carta, the Great Charter, among the oldest and most important legal documents in the history of Anglo-American law.

In 1215 King John was an incorrigible tyrant. His reign was marked by the arbitrary exercise of power through force, expensive and unsuccessful foreign wars, and fathering several children with wives of various noblemen. England’s feudal barons had had enough.