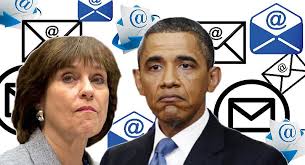 The newly obtained records include an official “DOJ Recap” report detailing an October 2010 meeting between Lois Lerner, DOJ officials and the FBI. The documents also reveal that the Obama DOJ wanted IRS employees who were going to testify to Congress to turn over documents to the DOJ before giving them to Congress.