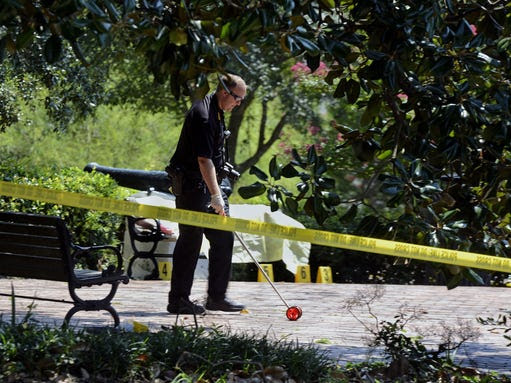 One witness at the scene, who would not give his name to the Pensacola News Journal, said he was doing yard work Sunday morning when he witnessed what he said was an altercation between two men. He said one of the men appeared to be in a rage and chased the other with a brick out of his view, but he can’t confirm that fight was connected to the death.