Via comment by Anonymous on “A Sickness in the Public Mind”: The Battle Flag a... 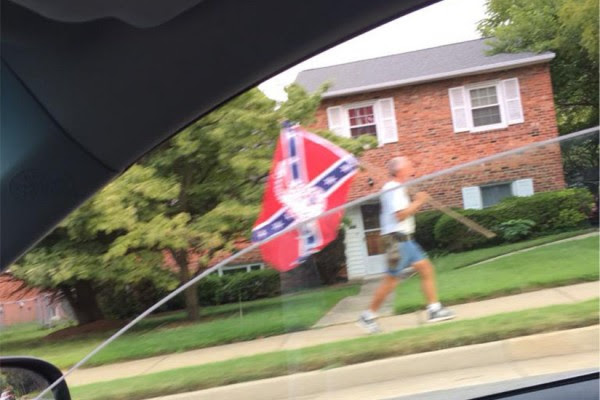 I guess walking “very deliberately” will be a penal code violation next.

Opponents of the Confederate flag will do anything to trample on the rights of supporters of the battle banner.

A “concerned” resident called police on a man walking “very deliberately” down an Arlington, Virginia sidewalk with a hybrid Confederate flag over his shoulder.

The flag had the Gadsden “Don’t Tread On Me” snake in the middle.

According to police scanner traffic, dispatchers determined “the man was exercising his First Amendment rights and not violating the law,” WTOP reports.