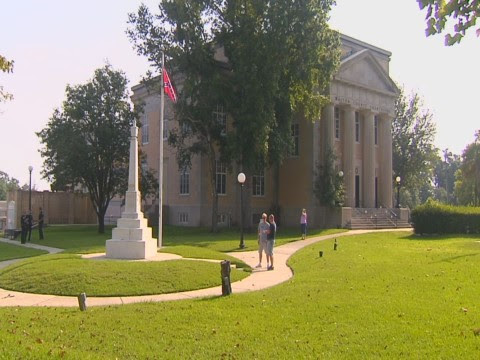 When Walton County officials voted to remove a Confederate battle flag that flew near the courthouse, it was not quite the victory for which local activists had hoped. Some residents of the Florida county complained that the flag chosen to replace the outgoing banner was equally – if not more – offensive.

County commissioners voted unanimously to raise the first Confederate States of America flag, using a design with seven stars as a temporary placeholder until they can obtain one with the preferred 13-star layout.