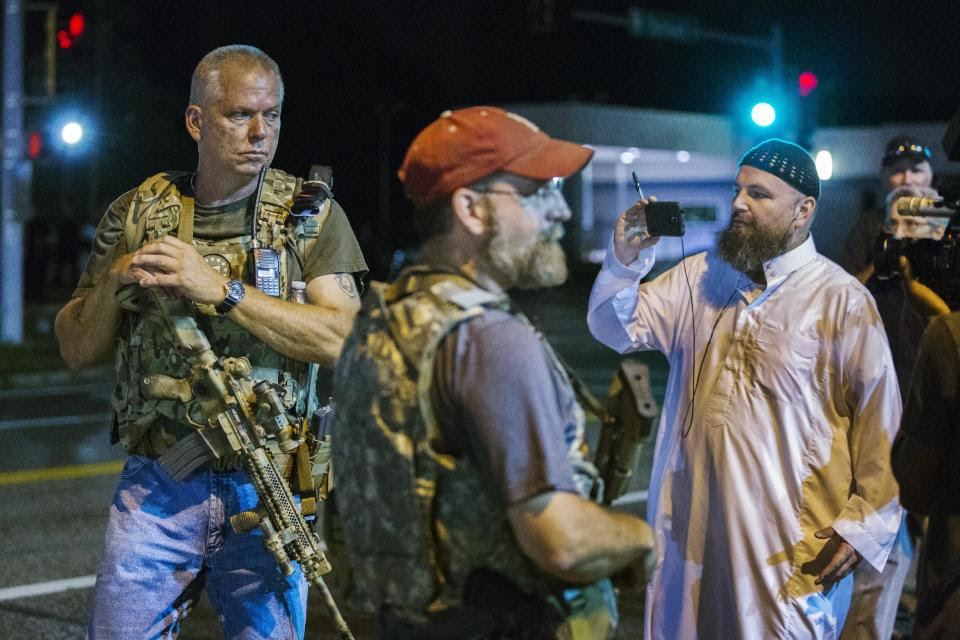 Four civilians carrying military-style rifles and sidearms patrolled a riot-torn street in Ferguson, Missouri, early Tuesday, saying they were there to protect a media organization but drawing swift criticism from police and protesters alike.


The appearance of the four men, all white, quickly drew stares in the mostly black neighborhood, which exploded into violence again on Sunday night as protesters marked the police killing of an unarmed black teen a year ago.