Offshoring: To Insanity… and Beyond 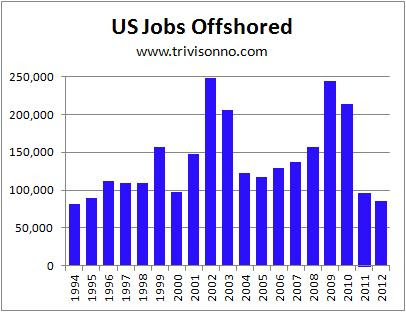 Author’s note: This essay has the potential to tread into the political realm. Such is not my aim. Rather, my goals are two-fold. First, to show that I have a wide-ranging curiosity and think about many topics, and second, to hopefully introduce a layer of consideration to offshoring decisions and policy beyond the purely economic one.

In a LinkedIn article, Ron Baker discussed free trade and the trade deficit. Arguing that the trade deficit is meaningless, he proposes essentially unlimited free trade between nations. Baker cites economist and scholar Thomas Sowell, whose book Basic Economics is one of several of his in my library, in support of his arguments. I attempted to argue in the comments, along lines of national security, that there are other issues besides macroeconomic optimization and maximizing consumer choice that must be considered.

Before I begin, in full disclosure, let me be clear: I am overall an advocate of and believer in free markets, and agree wholeheartedly with the late economist titan Milton Friedman: