Via Robert  "Please note one county commissioner making a good-for-the-goose analogy that if CSA memorials are vandalized, so too can MLK memorials.  That's commissioner Bill James, who has a history of making politically incorrect statements.  You might almost think in this case that he's *suggesting* that MLK memorials be vandalized. 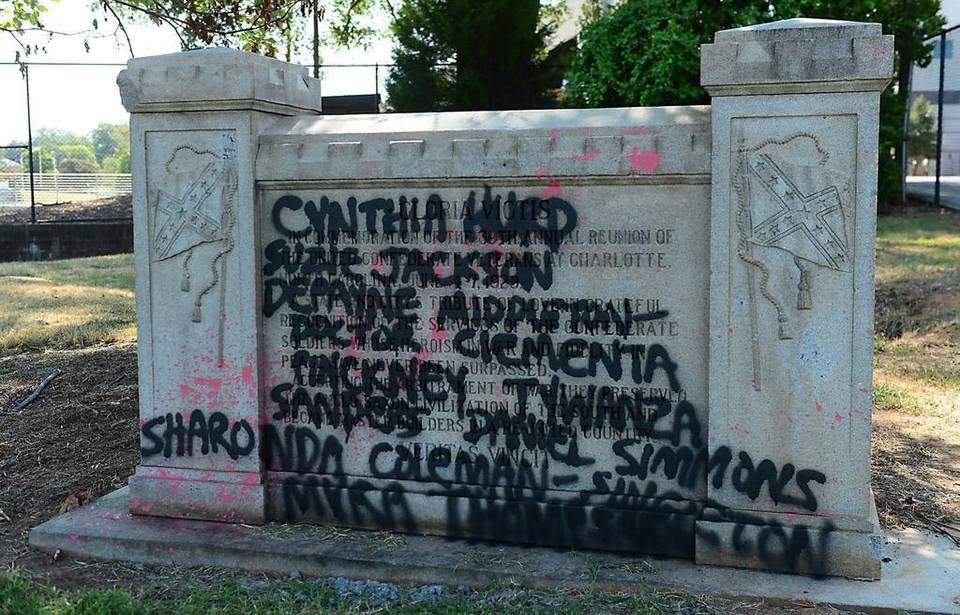 While there are no concrete plans in the works just yet, a county spokesman said Friday that one idea includes installing security cameras overlooking the granite marker, which sits perched on a hill under a tree at the Grady Cole Center on North Kings Drive.

“The cost of putting in a video surveillance system is less than cleaning it,” said county commissioner Bill James, a history enthusiast. “If people allow Confederate monuments to be vandalized, it will give a license to people to vandalize MLK monuments or monuments of pretty much anybody anyplace. … You have to find a way to protect the monuments that exist.”