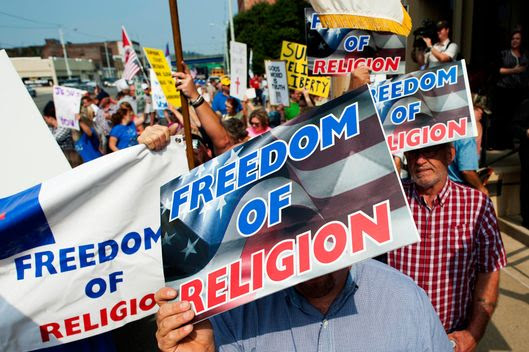 Kim Davis, the Kentucky court clerk who has repeatedly refused to issue marriage licenses to gay couples, will remain jailed for contempt after refusing a compromise that would have allowed deputy clerks to issue the licenses.

Davis and her deputy clerks were summoned to appear before U.S. District Judge David Bunning after citing her religious beliefs and "God's authority" to deny the issuance of the licenses, the Associated Press reports.

Five of the six deputies had agreed to issue the licenses -- only her son would not relent -- but Davis refused to authorize them to do so.