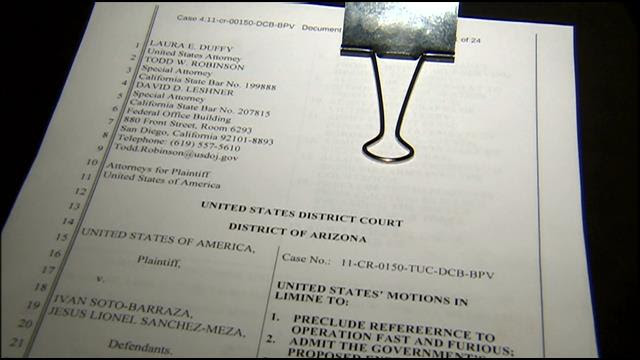 The U.S. government is fighting to keep details of how its own federal gun agents let Mexican drug cartels buy rifles in Arizona illegally out of an upcoming murder trial in which two men will be tried for the killing of U.S. Border Patrol agent Brian Terry who died after he ran into men carrying those same illegal guns.

In a court filing Monday, prosecutors are trying to keep some details about the guns found at the slain agent’s murder scene away from the jury.