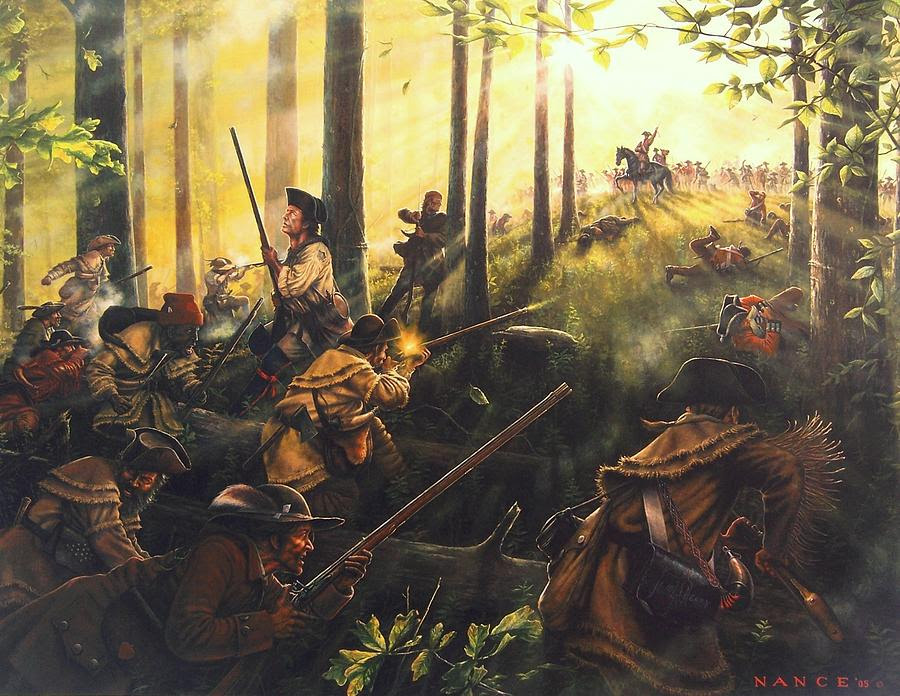 Patriot militia under Colonel William Campbell defeat Loyalist militia under Major Patrick Ferguson at the Battle of King’s Mountain in North Carolina near the border with Blacksburg, South Carolina, on this day in 1780.

Major Ferguson’s force, made up mostly of frontier Loyalists from South Carolina, was the western wing of General Charles Cornwallis’ North Carolina invasion force tasked with protecting Loyalist outposts from attacks by Patriots led by Isaac Shelby, Elijah Clark and Charles McDowell. Ferguson had declared that the Patriots could choose to lay down their arms or see him “lay waste to their country with fire and sword.”