'Don't make it worse for yourselves': Helicopters drop leaflets on ISIS and rebel fighters warning them to give up now ahead of huge Russian-backed ground offensive 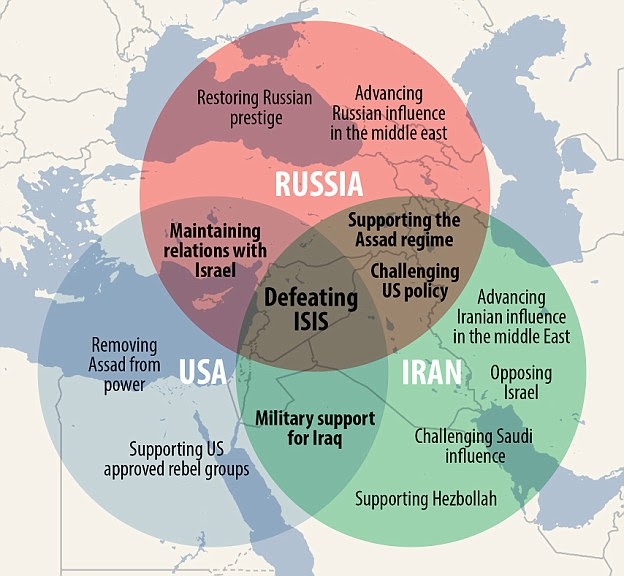 Syrian army helicopters have dropped tens of thousands of leaflets on ISIS and rebel fighters, warning them to get out now and 'don't make it even worse for yourselves'.

The flyers were let go over the embattled cities of Rastan and Talbiseh, which have been pounded by Moscow's warplanes this week and where Russia claims 5,000 ISIS and al-Nusra Front terrorists are stationed.
It came as Russian media said there would soon be a large ground operation in the area driven by Syrian President Bashar al-Assad's troops - with Russia's military backing from the air and possibly on the ground, involving Spetsnatz special forces.

Iranian troops are said to have crossed the border from Iraq last week to help prop up Assad's ailing regime.