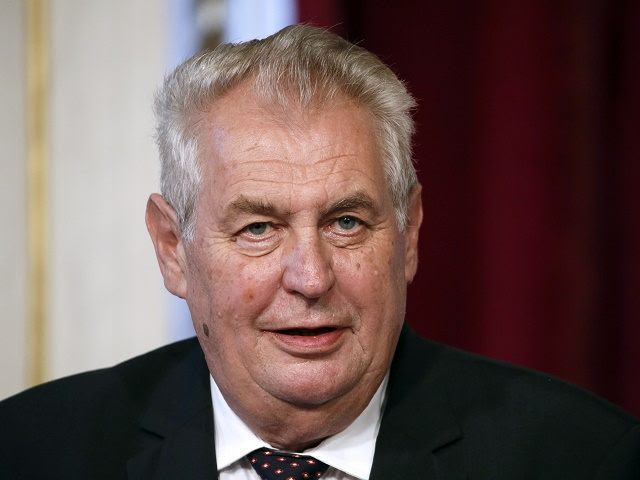 “Integration is possible with cultures that are similar, and the similarities may vary,” pointing out that the Vietnamese and Ukrainian communities had been able to integrate into Czech society.

Mr. Zelman has previously been outspoken on the migrant invasion flooding Europe and accused refugees “with iPhones” of exploiting their children to get asylum in the European Union (EU).

As Breitbart London reported, last December the 71-year-old issued Europe with a call-to-arms to tackle the forces of Islamic state.

“I am profoundly convinced that we are facing an organised invasion and not a spontaneous movement of refugees,” Mr. Zeman said in his Christmas message to the Czech Republic.

He went on to say that compassion was “possible” for refugees who are old or sick and for children, but not for young men who in his view should be back home fighting against jihadists.