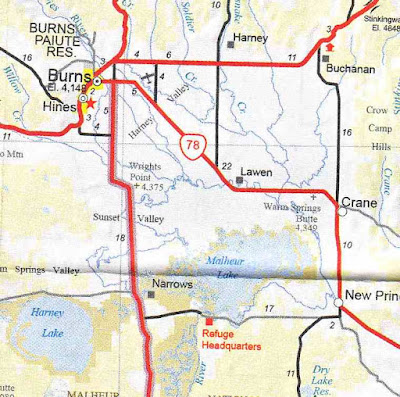 This is the first of a series of articles about the events surrounding the investiture of the Malheur National Wildlife Refuge administration buildings by a group headed by Ammon Bundy, son of Cliven and Carol Bundy. The Bundys are well known for the events in Nevada that played out in April 2014. In that incident, the Bundys, along with hundreds of other patriotic Americans, went beyond “civil disobedience” and entered the realm of “civil defiance”, defying, with arms, the intrusion of the Bureau of Land Management into the long time operation of the cattle part of the Bundy ranch operation – denying rights that had existed for years and denying them their pursuit of the family business.

Though this writer only spent five days in Burns, he was able to meet many of the key players on the side of the patriots, some townspeople from Burns, and some of those who gathered, on one side or the other, to observe, or attempt to affect, the ongoing activities.